It is 1971, and Bangladesh is resisting its occupation by Pakistan, as the Pakistani army seeks to discipline what is essentially a distant colony. The savage war against the civilian population will leave one to three million Bengalis dead.

André Malraux, the great French writer who, as head of the España Squadron, fought for the Spanish republic against Franco in the 1930s, calls for the creation of an armed “international brigade” to come to the aid of emerging Bangladesh.

At the time, Bernard-Henri Lévy is a young philosophy graduate of the École Normale Supérieure, the cradle of the French intelligentsia—Jean Paul Sartre, Raymond Aron, Michel Foucault, and Jacques Derrida were all alumni. Still a Maoist himself, BHL meets Malraux and promptly departs for Bangladesh, following in the footsteps of Byron (as he left for Missolonghi), the poet Rimbaud, and the internationally minded revolutionaries of the twentieth century. BHL is on assignment for Combat, the newspaper founded by Albert Camus in 1945.

He embeds with the Mukti Bahini guerillas in Jessore. In December 1971, the Indian army intervenes in the conflict, and BHL accompanies its entry into Dhaka, the capital of free Bangladesh.

From this experience he produces Les Indes rouges (1973). Though still steeped in Marxist theory, the book reveals the early signs of the author’s condemnation of barbarism, which, in 1977, will take full form in the best-selling Barbarism with a Human Face. He remains in Dhaka for several months, assisting Mujibur Rahman, the architect of independent Bangladesh. Among Lévy’s recommendations implemented by the new state is that thousands of women raped by Pakistani soldiers be deemed “national heroines” (birangona).

Fifty years later, Bangladesh remains close to the heart of Bernard-Henri Lévy. While filming The Will To See, he returns to Bangladesh in search of some of the fighters who welcomed him in his youth. He revisits the sites of his clandestine activity, where portraits of Marx and Lenin still hang next to those of Krishna and Vishnu. The only Muslim country led today by a woman is a model of tolerant Islam, sheltering a million Rohingya refugees driven out of Burma by the military junta. BHL observes that the country is at the mercy of climate change and western consumers, whose needs underpin sweatshops like the Rana Plaza, the collapse of which caused hundreds of deaths.

After his 2020 visit, Lévy describes Bangladesh as being “on the front line of the battle against radical Islam, poverty, migratory chaos, and ecological cataclysm.” 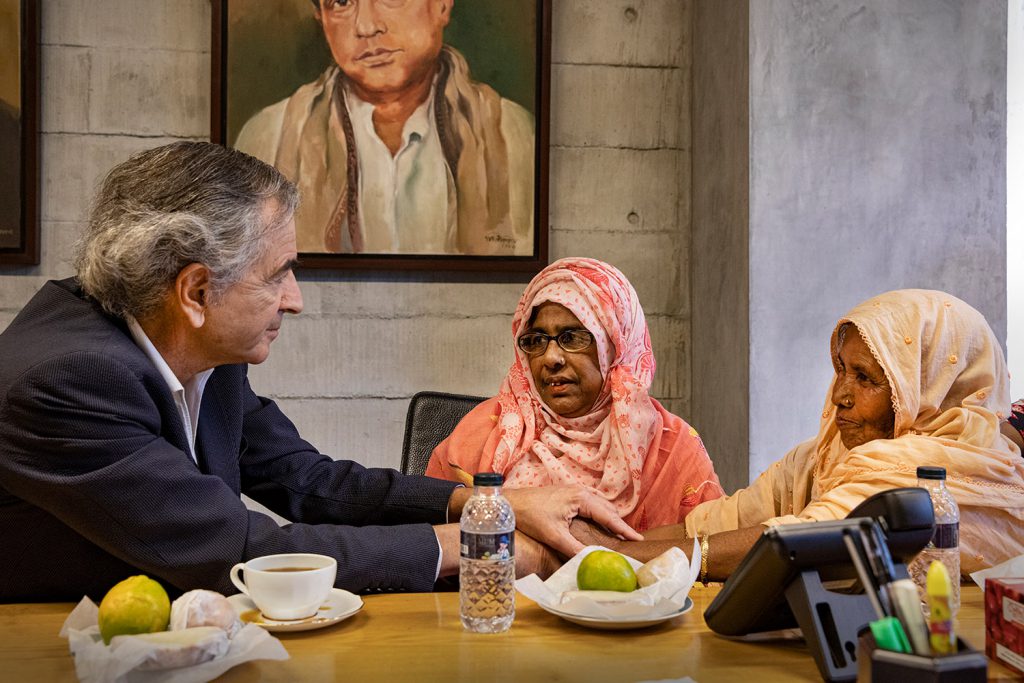 Bangladesh: Where It All Began

In the footsteps of the young philosophy graduate who answered the call of André Malraux.